We don’t hear often of Chinese Lutherans, but this is exactly how you could describe Rev. Martin Yee – a Chinese Lutheran pastor, born in Malaysia, who after several years in the parish works at the main offices of the Lutheran Church in Singapore. He is our first author for Asian/Pacific Islander History Month – the first such time We Talk. We Listen. commemorates the month. He writes about not only the plight of migrant workers in Singapore during the current COVID-19 pandemic, but also what Luther’s theology has to say to the situation. Read, comment, and share.

The Wuhan coronavirus pandemic exploded around the world in March 2020, changing many facets of human lives and activities forever. In Singapore, this is certainly true. The economy which largely depended on open global trade was badly hit, sending the country reeling into recession and drawing on its past reserves for survival. The pandemic also exposed something else that Singapore is vulnerable to – the lightning-like spread of infection among its migrant foreign workers, sending the number of confirmed cases of coronavirus infection soaring into the tens of thousands which now stands at 23,000 plus and counting.

Singapore which has a population of 5.7 million (2019) has a migrant worker population of about 300,000. These are migrant workers from various impoverished communities in the surrounding countries of Bangladesh, India and China who are employed in low-wage jobs like construction, road works, shipyard work and cleaning. These jobs are regarded as dirty and rough, shunned by the local population. Between 12 and 20 workers typically live in one room, according to the Transient Workers Count Too, a non-profit organization that supports migrant workers in Singapore.

The dorms are thus structurally not able to provide for the social distancing that is necessary to avoid the virus from spreading quickly. Over the last several weeks, Singapore authorities have worked to move the workers out of their dorms and into vacant public housing blocks, military camps, exhibition centres, and other floating accommodations. But the country has suffered; as many economic, construction and public health activities ground to a halt due to shortage of these workers, many who have tested positive for the coronavirus are quarantined.

The migrant workers themselves suffered tremendously, mentality and emotionally plagued with worries about their income and health. Most of them have incurred debts to come over for their agents to secure the visas and jobs, which they need to repay, and they have a family waiting for them back home to send money for daily sustenance.

Reflecting on this, I have two thoughts. One is on vocation and the other on how God views migrant workers and cares for them too.

Firstly, it dawned on many of us living in Singapore how important migrant workers really are. We have taken for granted these workers who performed menial and non-glamorous tasks. Singapore is a meritocracy and has promoted excellence and skills upgrading for its citizens leaving the menial jobs to foreign workers. But without them our parks and streets will be choking with rubbish as the locals have yet to develop sanitary rubbish disposal and recycling habits.

Without them our houses, buildings, bridges and roads cannot be built. All of a sudden, the unglamorous cleaner’s job became “essential service” that was allowed to continue while other more elite jobs ground to a halt and became “non-essentials”. A great reversal indeed.

The Lutheran concept of vocation thus is of value here as it articulated that all human vocations have equal value as the “masks of God” in serving the neighbour. Luther had said that the humble shoe cobbler in their vocation is to serve the neighbours in as good a manner as the priests and other elites.

Secondly, I have learned previously from an Oxford University Professor of Hebrew, Hugh G.M. Williamson, in a lecture series given at Trinity Theological College in Singapore, that God specifically highlighted the migrant workers for protection in the OT. He commanded the Israelites to provide for them so that they may not go hungry. If God cares so much for the migrant workers, we should too. It is heartening to note that the Singapore government is now making good efforts to take care of migrant workers’ welfare and health. Churches, temples and mosques are also chipping in to do their part. This is another unique aspect of the harmonious relationship in multi-religious Singapore. Christians comprise only 20% of the population here. 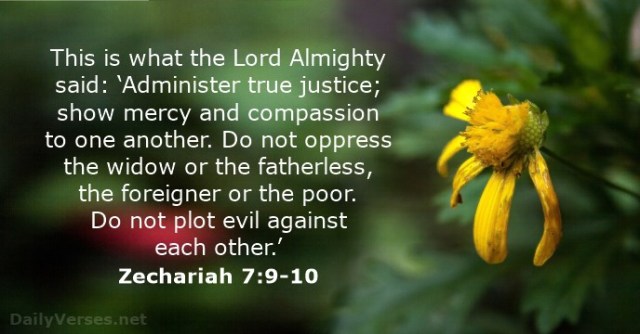 “The alien who resides with you shall be to you as the citizen among you; you shall love the alien as yourself, for you were aliens in the land of Egypt: I am the Lord your God.” Leviticus 19:34

“Cursed is anyone who withholds justice from the foreigner, the fatherless or the widow.’ Then all the people shall say, ‘Amen!’ Leviticus 27:19

“The Christian shoemaker does his duty not by putting little crosses on the shoes, but by making good shoes, because God is interested in good craftsmanship.” – Martin Luther

Born in and doing his undergraduate work in Malaysia, Rev. Martin Yee worked for 12 years as a transient worker in Singapore before receiving his Bachelor of Theology degree from Singapore Bible College in 1997. After working as a parish pastor for seven years, he then moved into his current role – as part of the administrative team of the head office his denomination – the The Lutheran Church in Singapore. He is happily married, with two college-aged children.