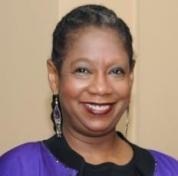 In another installment of our series focusing on queer voices, we now come to Ph. D. student, Vicki Pedersen. In patient detail, Vicki retraces the steps of her realizations after the Pulse massacre in Orlando, Florida two weeks ago. Expressing her thorough anger and dismay, she laments the fact that so many church leaders don’t seem to want to admit to the fact that the massacre is a hate crime, and that despite the concrete progress that the LGBTQ community has made in recent years, there is still much work to do. Read, comment, and share.

Pulse – a name that reflects life, heart, vibrancy; a place where hate came to reap death, sorrow, and terror. The media describes it as the worst mass killing in U.S. history: [1] 49 people slain. Besides this, there are more than 50 wounded, as well as countless family members, friends, and loved ones who have had their lives ripped asunder.

I was at home in Iowa when I heard the news of this horrific massacre at a nightclub in Florida. I was shocked and overwhelmed like so many others. How terrifying and tragic. So many. How could this be? Then I heard a word identifying Pulse further – it was a gay nightclub. My body froze. This is my family. Suddenly I was in Orlando and at Pulse. This could have been me, my wife, or anyone I know in my community – the LGBTQ community – in whatever city or state we call home.

The profound sadness, dismay, bewilderment, disbelief, and so much else that I have felt have not been mine alone of course. Whether gay or straight, a person of color or white, old or young, Muslim or Christian, many find that membership in the human family is enough to unite us in a call to stand with the victims at Pulse and their families. This is good. It is as it should be. But it is not enough. I don’t want to appear ungrateful for the show of love and support for the victims, and for the outrage that this happened to over a hundred lives; but let me appear ungrateful and even angry: do not make us invisible (again)!

Why should I be angry? I am angry at how much of the media and many politicians are sidestepping, ignoring, or even disavowing that the massacre at Pulse was also a HATE crime against gays, and by extension against the LGBTQ community. I am probably not too far off-course to suppose that many congregations, where pastors chose to mention the massacre in their prayers (bless you!), failed to particularize this loss and pain to the LGBTQ community – “we pray for comfort and peace to ‘all’ in need from the loss of lives and the injured in Orlando.” Well-intentioned; who doesn’t stumble to find words, to judge what our congregations can bear to hear; but let us call “hate” what is hate, and let us identify clearly the victims of this hatred.

For me, the avoidance of naming the massacre at Pulse a hate crime against gays only makes those of us who are gay, lesbian, bisexual, transgender or queer-identifying invisible (again) – where too many in straight America and the church want us. “Our church welcomes all . . . I just don’t think we should have homosexual pastors”; “We have a lesbian pastor. I like her and she is good, but I don’t like when she mentions ‘gay’ or ‘LGB . . . whatever’ in her sermons.” Invisible, again, and so further victimized, as in: “Being gay isn’t important, or valued, or wanted.”

The failure of the media and politicians, and some in our churches, to identify the massacre at Pulse a “hate” crime has helped me get in touch with a pain and anger that is perhaps similar to some of what the African American community must feel when it is victimized again and again. Our experience is not the same – I am white and benefit from white privilege in most areas of my life.[2] While the particularities may differ, we are united in our pain. It is already too much to be a victim of a heinous crime – against black, gay, transgender, Latino/a – but then the failure to name this a hate crime or to hold people accountable makes the victim a victim all over again.

The tragedy at Pulse in Orlando on June 12th has occurred days within the one-year anniversary of the mass murder at Emanuel AME Church in Charleston on June 17th – nine black lives taken in a church, by a young white man who was a member of the ELCA. The pain and sorrow of one heightens and compounds the pain and sorrow of the other. They are related. Both of these mass murders were horrifically tragic; both were the result of a hatred that turned “difference” into “otherness.”

Hatred does not develop in a void. As Presiding Bishop Eaton wrote in her letter to the ELCA following the Pulse massacre, “The perpetrator of this hate crime did not come out of nowhere. He was shaped by our culture of division, which itself has been misshapen by the manipulation of our fears.” It is our fears that give rise to the racism within us, and to countless micro-aggressions and tragic macro-aggressions that hurt black lives every day. It is our fears that give rise to homophobia, and to countless micro-aggressions of not being able to say or hear the word “gay,” or to be intolerant of two men who love each other, kissing, and to the tragic macro aggression at Pulse.[3]

My purpose for writing this blog has been a concern that the LGBTQ community is being made invisible in too many public and private expressions of sorrow and solidarity.  As well intended and heartfelt as this public grief may be, it is not enough. It is important to acknowledge the particularity of the victims – persons who are gay, lesbian, bisexual, transgender, queer or questioning – because that at least acknowledges or accepts us as we are, in our difference. Even if this is only for a moment or a time, it is a step in the right direction.

“We must stand with people who are ‘othered’,” wrote Bishop Eaton in her letter. We in the LGBTQ community do need to feel the embrace of our church in this time. Please turn to the persons you know who are part of the LGBTQ community, and tell them they matter to you. Love is a verb.

At my seminary, LSTC, we have been encountering and struggling to come to terms with our individual and institutional racism, in part through “sacred conversations” together. I pray that the tragedy at Pulse will lead to the same regarding homophobia where it is found – individually and as an institution. The demons of racism and homophobia must be exposed, named, confessed, repented, and exorcised. The social statement of 2009 called us to continue and deepen our conversation together. It will be uncomfortable and painful, but let us trust the Holy Spirit to meet us there and lead us.

Difference in creation is beautiful and God-given.[4] May we work together to deconstruct what we do, say, and think that makes “difference” into “otherness.” In Christ, God calls us to be reconciled not only to God’s self but also to each other. In these troubling times, let us act in love to one another, not only because the other is God’s beloved, but also our beloved.[5] In God’s eyes, we are already each other’s kin. Let us live as the siblings we already are: straight, gay, queer, Latino/a, black, Muslim . . . God’s love holds us all as we are.

Vicki Pedersen is a first year PhD student at LSTC and one of 224 members of Proclaim, a professional community for Lutheran pastors, rostered lay leaders and seminarians who publicly identify as LGBTQ – part of Extraordinary Lutheran Ministries.

[1] The Wounded Knee massacre, on December 29, 1890, resulted in the deaths of 250-300 unarmed Native Americans. Another oft forgotten example is the race riot in Elaine, Arkansas – where hundreds of white rioters killed as many as 237 African Americans, many women and children. Or another story, often missed, the Tulsa Race Riots in 1921 and the utter, merciless destruction of  The Greenwood District of Tulsa – known as “Black Wall Street” – the richest community of African Americans in the United States. For more such information, click here.

[3] (A link to page with history of violence against LGBTQ is http://www.slate.com/blogs/outward/2016/06/12/pulse_nightclub_shooting_and_tragic_history_of_violence_at_lgbtq_clubs_in.html)

4 thoughts on “I am Pulse – Vicki Pedersen Ph.D. student at The Lutheran School of Theology at Chicago”